Urban cities in Canada have never been busier and show no signs of slowing down. Overtaking even Toronto’s growth rate of 6.5 per cent over 5 years, the Kitchener-Waterloo-Cambridge area is the fastest growing region in the country. With more than a 9.5 per cent growth rate over 5 years, the metropolitan area is on the rise and shows no signs of slowing down.

Factors contributing to Waterloo’s growth include economy, post-secondary institutions, and the city’s affordable cost-of-living. Not only that, but Waterloo is currently in the midst of a multibillion-dollar development boom with $1 billion focused in the Kitchener core and another $1 billion being spent across the region. Included in the new developments are six 20+ story towers and three new office towers providing 387,000 square feet of office space. In addition to Google, Toyota, and SAP, Canada’s three fastest-growing tech companies are all located in the heart of the city as well. 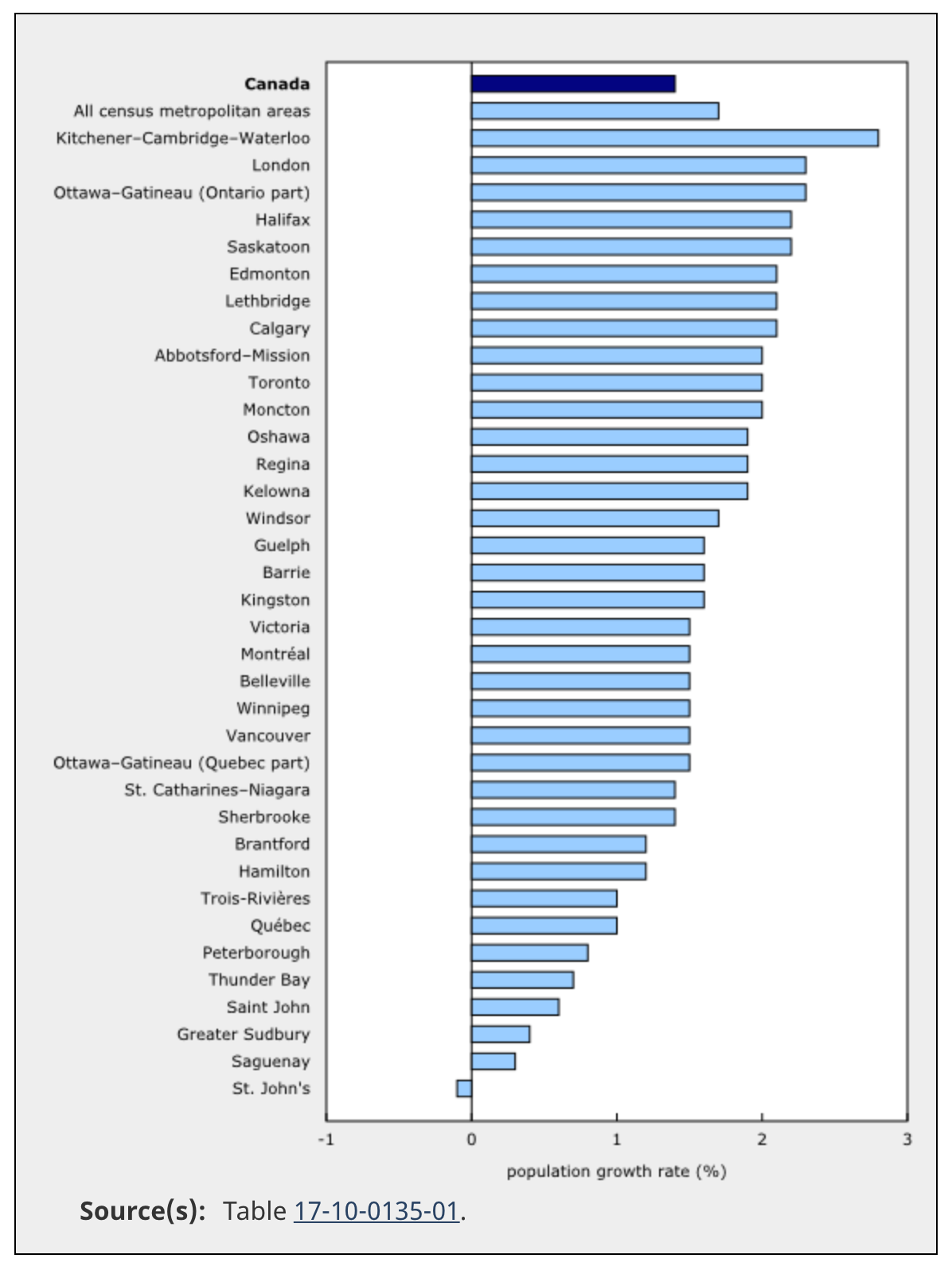 It’s quite easy to see the driving force behind the city’s growth rate once you take a closer look at the region’s success. With world-class post-secondary institutions, a growing economy, a well-developed transit system, and a cost-of-living lower than Toronto, it’s harder to justify not moving.